Masters of oud and rhythm Ahmad Al Khatib and Youssef Hbeisch express through music a thirst for freedom which revives classicism. Inventiveness combined with refinement, inwardness mingled with energy, generate emotion among all listeners. 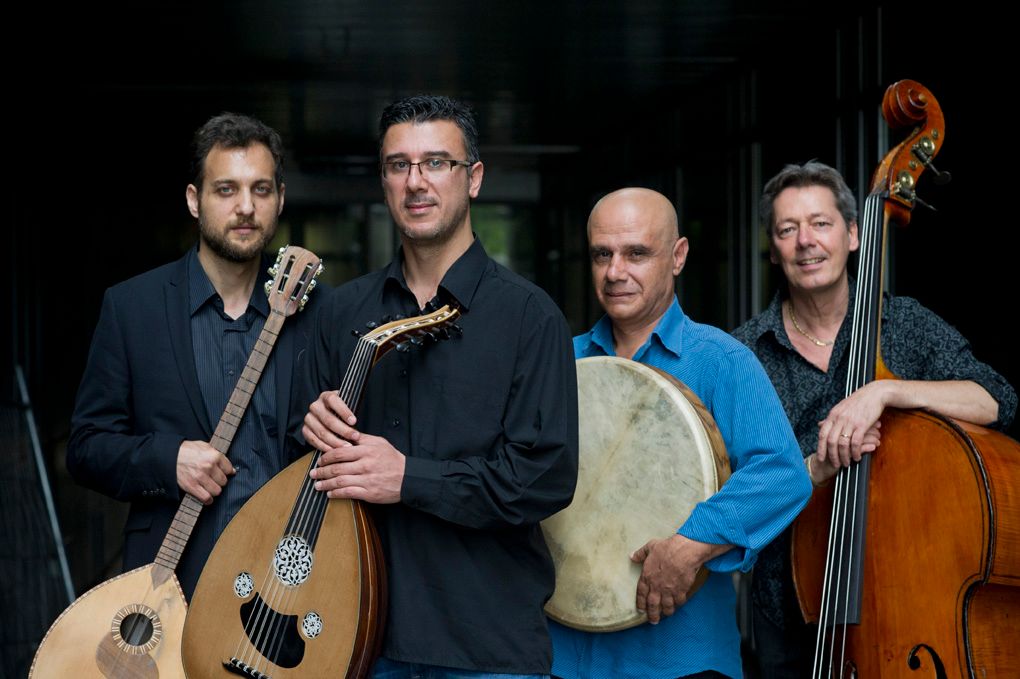 Sabîl is the story of two artists on the way, but keeping memory of their roots. Rooted in the classical Arab inheritance and fed with sufi mystics, their creations explore new sounds, new colours, new rythms – taking oriental music to areas never reached before. Linked to the tragedies of the Arab world, the melancholy conveyed in their playing is part of the universal.

Anyone can identify when torn between certain conflicts: borders versus liberty; confusion versus stability; a devastating past versus the ability to enjoy the present and build future; exile versus... the ease of evidence. Thus, rather than from nostalgia, energy comes from the tension to move forward.

As Ahmad Al Khatib is admired in the Middle-East as a successor of greatest oud players, one gets impressed by his modesty full of dignity. The son of a poet, he always admired poet’s power to create from words visions and feelings for themselves and others. Composing is his attempt to achieve the same through musical language. In the service of emotion generated among listeners, his musical quest reveals the grave elegance of an imperious quest of meaning. Youssef Hbeisch lives between Haifa, Paris and the world’s stages. Caressing, brushing, hitting each instrument at the right time with the required pressure, is his way of describing in the sound dimension the outside world and his inner world.

Ahmad Al Khatib and Youssef Hbeisch created the duo Sabîl (Arabic for ‘path’) in 2011, a collaboration they consider a ‘life experience’, each project together punctuating their respective musical journeys. Their first eponymous album, released in 2012 to widespread acclaim, was a marvel of expressiveness and depth. Their next album, Jadayel, the result of a fruitful encounter with the French contemporary quartet Béla, was created during the summer of 2014. In 2017 for their third album, Zabad, the duo’s musical creation draws new breath. The group might have fleshed out, but the music has become lighter. The oud-percussion duo is joined by two guests, Hubert Dupont and Elie Khoury, on the double bass and the buzuq, for this most effervescent of projects. Indeed, Zabad, which means effervescence, illustrates music that is at times contemplative, at times exhilarating; both composition and technique draw on tradition to create innovation, with the fearless curiosity of one who surrenders to the rhythms of the world.

"Palestinian maestros Ahmad Al Khatib and Youssef Hbeisch take our imagination and our conscience along evocative titles. […] They triumph over the citadels of oppression by carrying us on the wings of a music that in the same time is rooted in its cultural inheritance, and take over the skies of otherness" - L'humanité (France)
"Top of the World" - Songlines (England)
"...An ode to Freedom." - Radio Nova (France)
"Top 5 of Mezzo’s best jazz CD’s of the month" - Mezzo (France)