Nasser Ben Dadoo "Hatman Session" brings us the very essence of living and exploratory Blues. He takes us on a voyage from the african roots to the electric Blues of the Chicago's clubs. 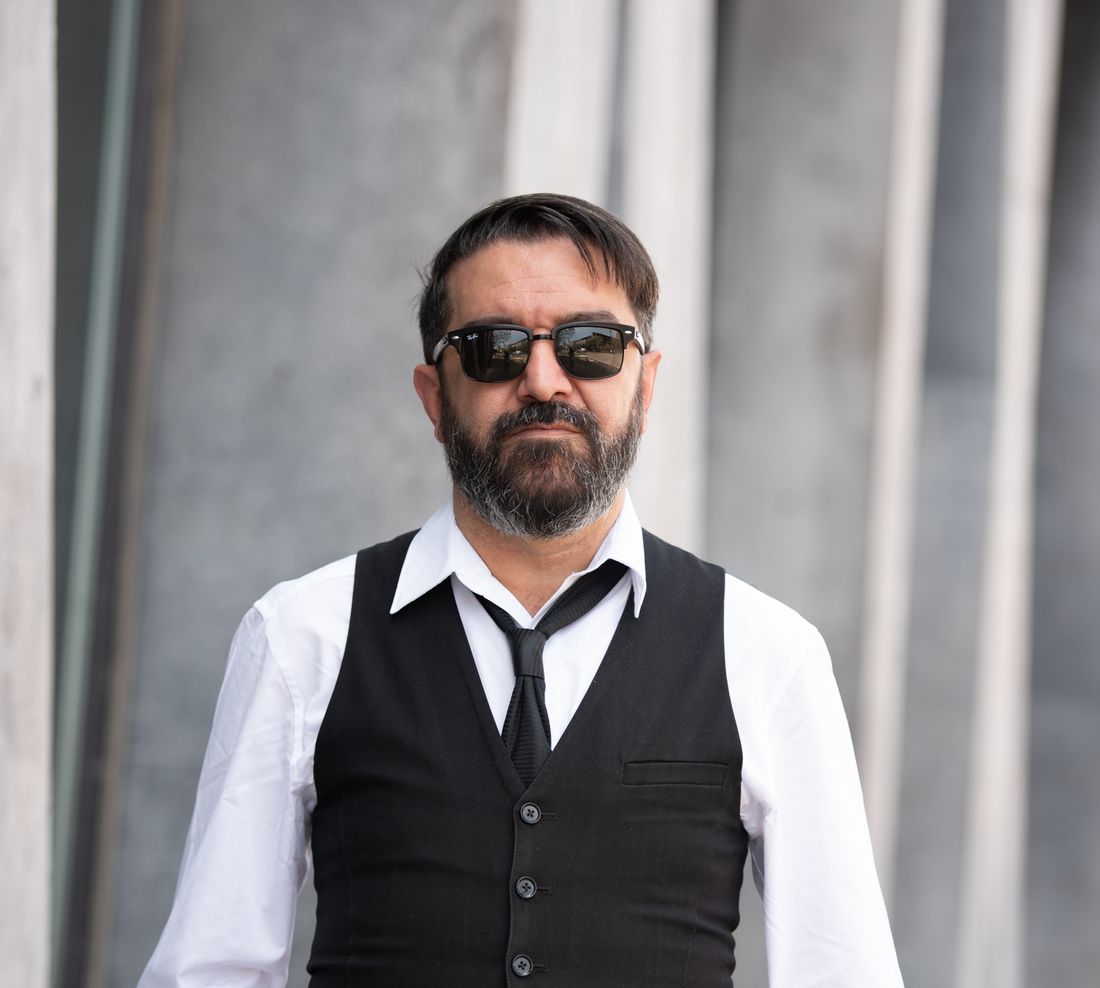 Nasser Ben Dadoo called “Hat Man” has always looked upon music as a way to enrich and share its multiple benefits. Jazz and Blues were his passion from an early age, which inspired him to start writing and creating his own compositions and enabling him to become an artist of many facets... He enriched his talents collaborating with other artists such as Blue Side Blues, Djam Deblues, Steven McCallum and Canned Heat.

His inspired music, full of groove and swing, rythmic breaks and frequent improvisation, is played with the sincerity and jubilation of his love of the Blues. The group’s singularity comes from their use of the Blues as an antidote to the gloom of the life that surrounds us.
With this important experience, Nasser Ben Dadoo decided to form a group in 2008, calling it “Hat Man Session”. These four musicians have won the hearts of their public, the attention of the professionals of professionals and respect from the media.

After the ‘Dog N’Wolf’ album in 2015, Nasser Ben Dadoo "hatman session" once again invites us in his world with the new "Long Way Home" EP. A return to the roots, sung in Arabic and English full of inventive compositions and arrangements of standards.

"We are carried away, just guided by the deliciously broken timbre of Nasser Ben Dadoo" - Tempo (France)
"The four lively from Hat Man Session have proven that the blues can come from Saint-Gengoux as well as Memphis or Chicago […] Some nice voices, powerful and husky, a nutty and brilliant harmonicist, wild pieces of guitars… a wonderful travel at the heart of blues."
- Le Journal de Saône et Loire (France)
"Hat Man Session does not cover the classics, he appropriates them to better reinvent, enriched with a culture that is called «passion». Pregnancy of the harmonica, undone guitar, almost a mystical atmosphere." - Blues Magazine (France)